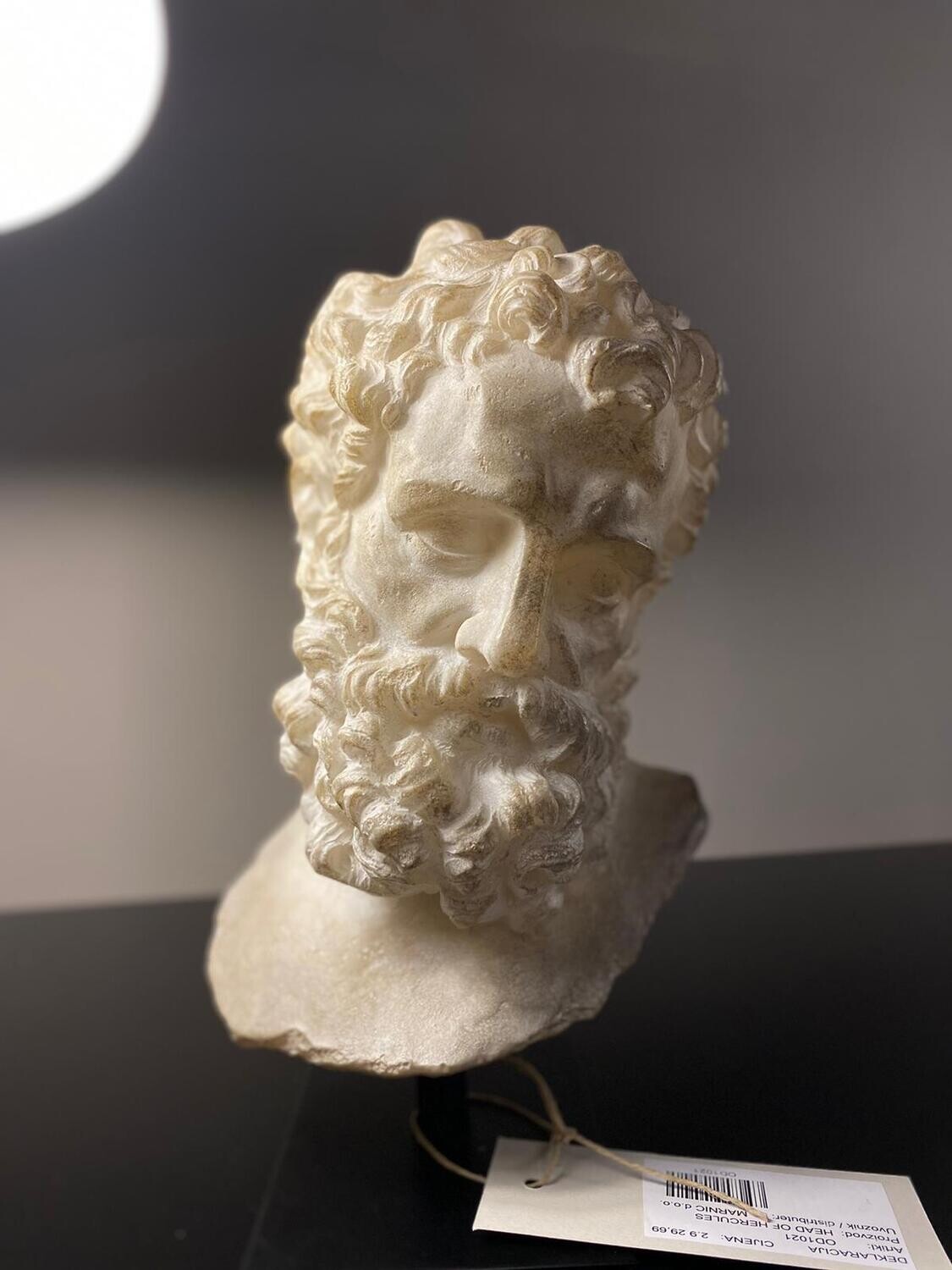 Heracles, or Hercules for the roman, son of Zeus and Alcides, was one of the most esteemed heroes of the Ancient Greece. The greek mythology gives him numerous adventures that see him travelling the world, and in all the Mediterranean, all the way to Hell. His most famous achievement are the twelve works. It has been mentionned in greek litterature since Homer. Beautiful head in its fragment version, such as found during archaeological excavations.

Save this product for later
Display prices in: HRK